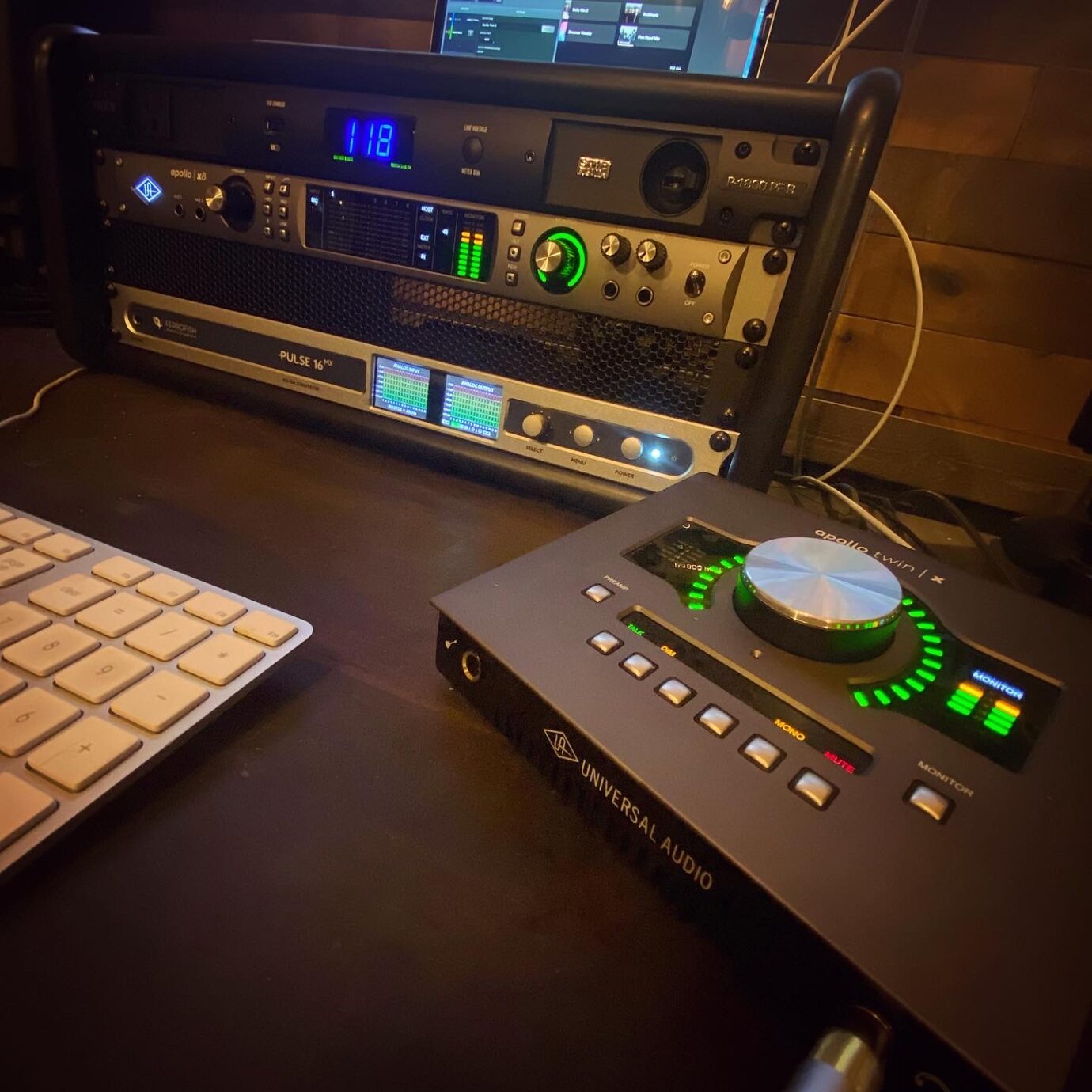 August continued to be another big month for us in regards to additions.

We’re happy to announce that our front end has been upgraded with the additions of a new 2021 Mac Book Pro, a Universal Audio x8 (in addition to the Twin X Quad), Furman Power P-1800, Switchcraft 6425 TT Patch Bay, and a Brian Moore iM (1000) Guitar. A little on each.

It was time to upgrade the computer. Out with the old, in with the new…so in that we have a brand spanking new 2021 Mac Book Pro to anchor everything. The upgrade was long overdue and now gives us the foundation and power to run what follows.

First, the X8 is a solid upgrade that scales our Investment in Universal Audio. First, with the addition of the x8, we can simultaneously input 28 channels of audio, and run 16 channels of audio inserts to access our analog gear, as though they are plugins, but the real deal. This is pretty substantial in todays day and age where plugins have ruled the roost for simplicity of “in the box” mixing. But, there are times where the old analog stuff just gives you that last 10% that makes the difference. Secondly, for those times where “in the box” makes total sense the addition of the X8 scales the number of DSPs that are in house to run their amazing plugins.

The devices are only as good as the power, and that’s where the Furman came into the picture. As our gear grows, so does the need for power distribution. Selection of the P1800 was careful and specific and it provides world class power distribution.

Switchcraft is a name that is well known in the “Big Studios”, and it’s been installed and routed here at Revolv. In addition to the existing TRS (48 channel) and XLR bays (16 Channel) we now boast a 64 channel Switchcraft 6425 TT (64 channel) Patchbay to allow us to take advantage of our 17 in house mic pre’s.

Lastly, the addition of the Brian Moore i1000 (non-midi), was a deal too good to pass up and adds another amazing sounding guitar to the stable that provides a ton of tonal flexibility. Brian Moore guitars are known and favorites amongst session players and gigging musicians alike.